For over a decade, a small group of artists, musicians, writers and travelers have been drinking Ilegal Mezcal, a handcrafted Mexican spirit with a notorious history that includes smuggling and weeklong parties in Café No Sé, a clandestine bar and music hub in Antigua, Guatemala. 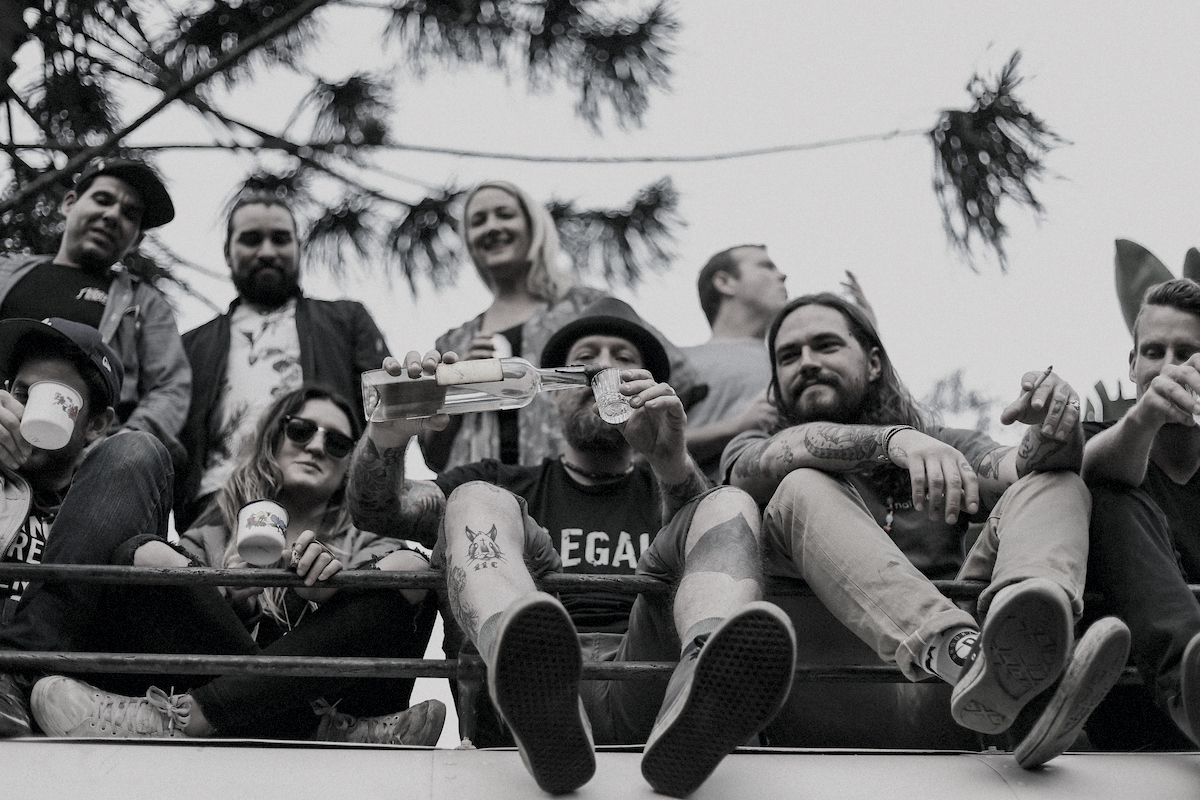 Around 2004, Ilegal's founder John Rexer began bringing mezcal down from Oaxaca to Antigua to supply his bar, Café No Sé. The mezcal became popular very quickly. At the time, he was bringing down unbranded mezcal from a variety of villages in Oaxaca that included: Tlacolula, San Lorenzo, Sola De Vega, Santa Catarina Minas, Hierve el Agua, Santiago Matatlan and a few others.

In 2006, John created the brand Ilegal, originally just to supply his bar in Guatemala. On the back of each bottle of Ilegal you will find it says "Originally produced for: Café No Sé, Mezcal Bar." 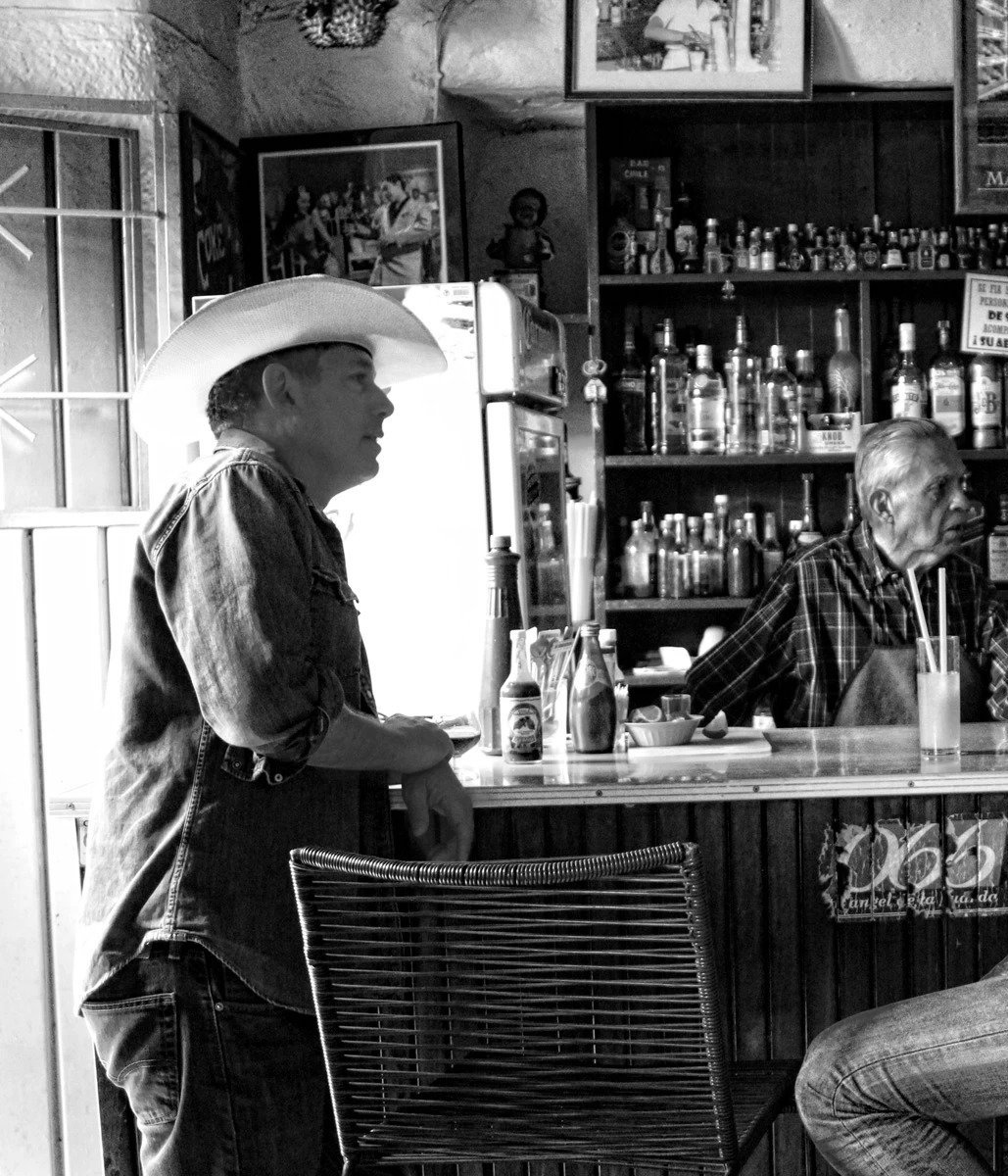 1. When Did Ilegal Begin?

It began back in 2004ish, very informally and almost by mistake. I was bringing mezcal down from Oaxaca for my bar, Café No Sé, in Antigua Guatemala, and the mezcal became popular very quickly. At the time, we were bringing down unbranded mezcal from a variety of villages in Oaxaca that included: Tlacolula, San Lorenzo, Sola De Vega, Santa Catarina Minas, Hierve el Agua, Santiago Matatlan, and a few others.

2. I hear you smuggled mezcal into Guatemala?

Well, let’s just say we were a bit creative in how we brought mezcal across the border. You see back in 2004, there were very few mezcals that were certified for export, almost none. Bringing a few bottles across the border was not such a big deal, but try getting 50, 100, or 500 bottles across and things get a bit interesting. Especially at the borders we were crossing; where back then, the cops, the military, the gangs and just plain old thieves had to be eluded or navigated or co-opted, if you get my drift.

3. So you were creative in how you brought mezcal across the border. Do you care to elaborate?

It kind of began with us stuffing bottles into duffel bags, packing them as luggage under the bus and praying none of our bags would be inspected. Two people can bring 30 or so liters that way. But Oaxaca is a long way from Antigua. It is a day and half trip by bus and then running from village to village to buy mezcal is another couple of days or weeks. It’s an insane way to stock a bar.

One day a mezcalero, whom I had been dealing with for some time, proposed that I buy a pallet of mezcal from him. I had no idea how much was in a pallet. When he told me 600 bottles, I said, “Man, I have trouble getting 30 bottles across a border. How the hell am I going to get 600?” He looked at me and smiled and said an expression I have heard so often in Mexico. One I have come to love. That expression is: No te preocupes. Yo tengo un tío. Which means: Don’t worry about it, I have an uncle.

4. So this is how you became a bootlegger?

I would not use that term exactly. Let’s just say I was a bar owner with a supply problem. But back to the story: It turns out his uncle was part of a black market operation on the river between Mexico and Guatemala that transported everything you can imagine from one side to the other. By the way, this uncle worked in the mayor’s office. So, when I went to meet him at the address given me, I was a bit in shock. I had a pickup full of not so legal booze and I pulled into this sweltering border town known for its murder rate and look at the sign in front of the door and it reads “Alcaldía, Mayor’s Office.”

So this was the first big run of Ilegal. Just after sunset I was taken to a warehouse on the border that in front was a popsicle factory and in the back, behind huge metal doors, was a vast space for goods to be taken across the river. When I say goods, I mean TV sets, stereos, prostitutes, car parts, gasoline, toys, animals, pharmaceuticals…you name it.

The warehouse sat right on the river’s edge and our mezcal was loaded onto an inner-tube raft with wooden slats. Traveling with me was my girlfriend who was a 6’2” blonde East German and was rather stunning. She was wearing a black hoodie and I kept telling her to hunch over and not look at anyone. Might I suggest if any of you want to engage in similar activities in a Latin country, and want to appear inconspicuous, leave your Nordic goddesses elsewhere.

The river itself is not that wide, maybe a hundred meters. Once on the other side the maras unloaded our booze into a van I had waiting. It started to rain and we were knee deep in mud moving crates of booze. The only thing you can do is move as quickly as possible, act like you know what you are doing and get the fuck out of there. There are guns everywhere and it’s not a question of if you are going to be ripped off but a question of by whom. The warehouse, by the way, got wiped out in Hurricane Stan and is no longer there.

5. Were you ever robbed?

Yes, on several occasions. But, mostly it happened when we brought in booze legally, years later with permits, etc. The cops and border officials operate as a team. They see a truck coming across the border with things of value and they radio gangs down the road to hit you. Sometimes it is just the cops looking for a mordida (a bribe), and other times everything you have gets jacked. It’s not a joke.

Good question. Looking back on it I just said this is the way things work down here so adapt. But it was also a hell of a lot of fun, more after the fact, when things worked out and we made it to the bar with mezcal.

7. Is it true that you once dressed as a priest to bring mezcal across the border?

Yes. I have a lot of bad ideas and when I’ve been drinking they seem like great ideas and I do them. Not always the wisest option. The sign outside the office door to my bar reads “Bad Idea Factory.” So yeah, one day, very early on, I was trying to bring 60 bottles or so across the border under a bus with a friend of mine, Lucas, and I dressed up like a priest. It happened like this. Lucas is a painter and a musician and a drinker. He’s a romantic mad man who looks like a cross between Salvador Dali, Pepe Le Pew, and Zorro. He has a pencil moustache twisted at the ends and slicked back hair. He also has a predilection for porno, which I was unaware of until the day in question.

Any way, we had managed to get the mezcal as far as Tapachula, but now the trick was to get it out of Mexico. It was early in the morning and we had just taken an 11-hour bus ride from Oaxaca. During that ride Lucas had imbibed a bit, say a bottle or so of good mezcal. He was a bit sloppy. So I had a drunken Zorro on my hands as my partner in crime transporting mezcal. I was kind of fucked, in other words.

We also needed to buy some duffle bags to put the mezcal in and some cheap shirts and rags to wrap around the bottles. So at 7 a.m. we went to the market and bought bags. While there we came across a priest’s shirt hanging amidst the used clothing for sale. It’s a long story, but to cut to the chase Lucas encouraged me to buy the shirt and dress as priest when crossing the border. The more I thought about it the more it seemed like a good idea. I figured if I got questioned at the border and asked what was in my bags I’d just smile and say “Regalos para mis amigos and libros para los niños,” which means “Gifts for my friends and books for the children.”

Leaving Mexico was not a problem, but on the Guatemalan side, things went a bit sideways. Lucas, drunk off his ass, looking like Zorro, passed though no problemo. I on the other hand was stopped. Probably because I had so many duffel bags. The immigration official said, “Padre, que tiene en sus maletas?” (What do you have in your bags?) I responded with, “Regalos para mis amigos and libros para los niños.” He stared me down and said, “Abra su maleta.” (Open your bag.)

I opened the bag he was pointing at figuring I’d have no real problem as we stuffed the bags with a lot of clothing and books at the top. Unfortunately, Lucas had packed this bag and had placed on top some pretty hardcore porn that he had purchased in Mexico. Actually it was not pretty hardcore it was very hardcore. The official was kind of shocked and I was too. My legs started shaking and I felt sweat pour down my back. “Que es eso?”(What is this?) the Official asked. I repeated, “Regalos para mis amigos and libros para los niños,” and then I realized the absurdity of it. The official just looked at me. “Esta bien?” I asked. He stared at me for another second and said very slowly, “Esta bien, Padre. Esta bien. Pasale. Pasale.”

8. So this is where the name Ilegal Mezcal comes from?

Not entirely. I thought long and hard about the name, and yes the history of the early days made sense. But I also thought the name had significance on other levels. Many of the people we came to work with in Oaxaca had loved ones living illegally in the states because there was no work in Oaxaca. Some of the palenqueros were guys who lived in the states for years undocumented and then came back home to work. In Matatlan the dream of every teenager back in the 90s was to find their way to the states because you could not make money on a palenque. We worked with guys who had been “illegal.” So there was that connection, and it is one that drives at bigger issues that concern a lot of us: immigration reform, borders, surveillance, freedom, etc.