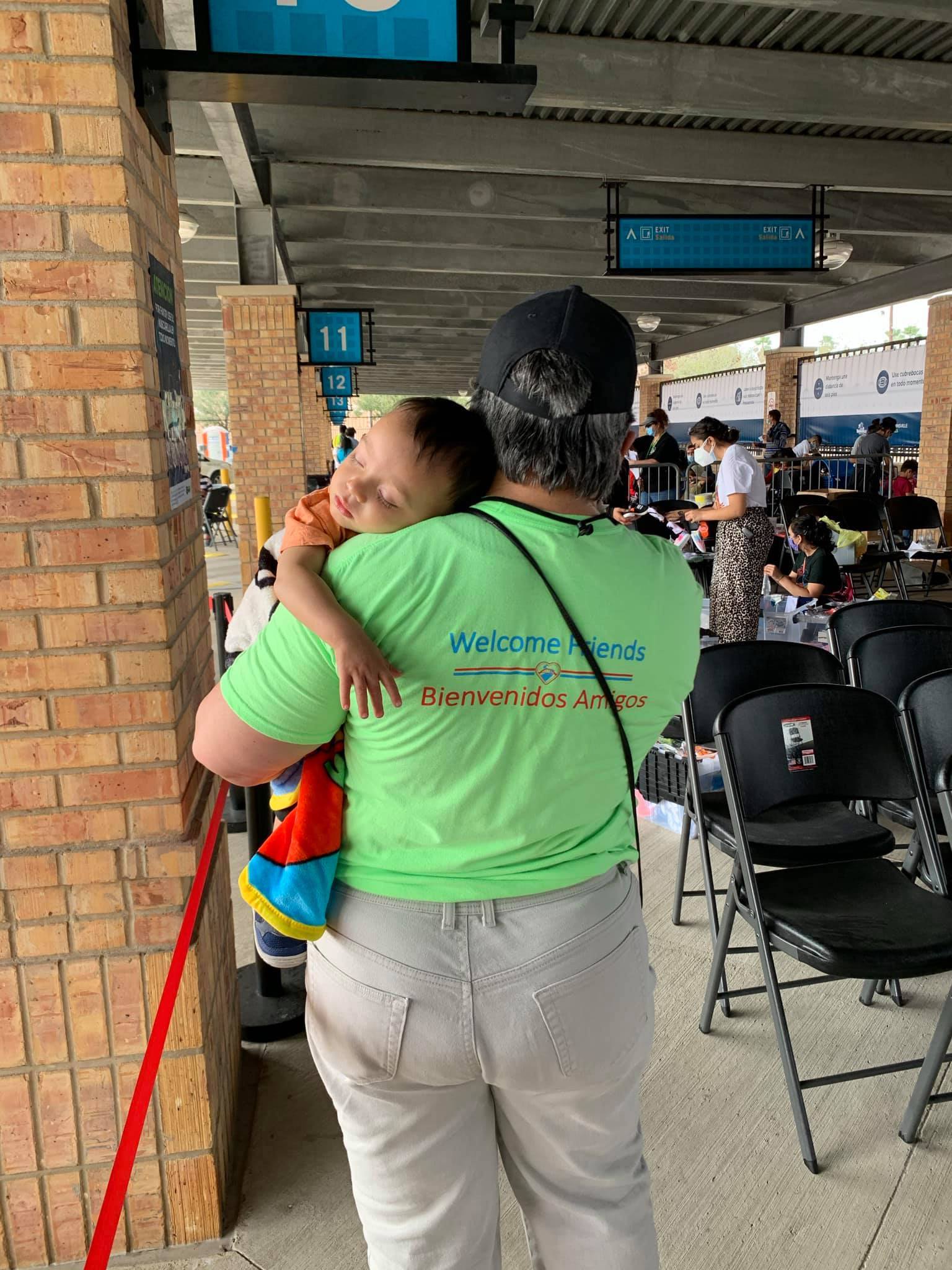 Alberto, a Venezuelan pastor in his fifties, arrived at the La Plaza bus station in Brownsville, Texas, after an arduous journey that began in his native country.

Like many before him, he left his nation behind and headed to the United States. The road to the U.S. border was difficult for Alberto. Food was scarce, and he was even held for ransom at one point during his journey. His first respite came once he finally arrived at the Brownsville bus station and was greeted by Sergio Córdova, a program leader and one of the founders of Team Brownsville.

Team Brownsville is a nonprofit that assists families and individuals legally seeking asylum in the United States. Their volunteers spend every day from 8:30AM to 6:00PM handing out backpacks with hygiene kits, snack bags, and a blanket to newly-arrived migrants at the La Plaza bus station. According to Sergio, most asylum-seekers have little to no money on them, and a lot of them still have the last leg of their journey towards their family members or sponsors ahead of them, so they rely on the supplies that Team Brownsville provides.

The organization first came together in 2018 after the Trump administration began enacting its family separation policy, hoping that it would deter migrants from coming to the United States. "The Separation of children sparked so much emotion," recalls Sergio. "We had a big march to protest it. Thousands of people showed up, and that's when we realized that there were so many people who felt the same way as us, that felt like this policy was wrong."

Shortly after, they began crossing the border into Matamoros, Mexico and discovered people living on the bridge in need of resources. They quickly started taking supplies like water and food over the border. At first, they were providing for about 40 people, but that number eventually rose to 2,700 asylum-seekers. "That's basically how it started," Sergio remembers. "Just seeing the need of the people, seeing the hunger of children, seeing the thankfulness in the faces of these people that had nothing. They were sleeping on concrete, and they had nothing to eat. They had left behind the country they knew and sold everything, and the U.S. was telling them they couldn't come in. They had nothing, not even a country. So, seeing that need in your heart, we felt like we had to do something."

Several years after Team Brownsville started, the Biden administration did away with the Trump-era Migrant Protection Protocols program (MPP), which had forced nearly 70,000 asylum-seekers to remain in Mexico during their immigration proceedings. According to Sergio, back in February of this year, the government began to allow about a hundred people from the camp to cross the border legally into the United States every day until it was completely empty. "In two or three weeks, the camp was gone," he explains. "When people started arriving at the bus station, we had to shift our mission." Though Team Brownsville continues to support the asylum-seeker community in Matamoros, they now mainly focus on welcoming and supporting the families released by the authorities into the United States at La Plaza Bus Station in Brownsville. Asylum-seekers arrive at the bus station through two paths. One is from being released from U.S. Customs and Border Protection custody after being processed at their stations. The other is after being freed from one of the three Immigration Customs Enforcement (ICE) detention centers in the Rio Grande Valley. "It's a prison-like place," Sergio says of the ICE detention centers, which he was able to visit at some point. According to Sergio, when people who were just released from those detention centers arrive at La Plaza bus station, they are shackled by their hands, waist, and feet. "They're getting off the vans, and you see them being unshackled," he says. "You see them go from their prison life to a free life all of a sudden." According to data from Syracuse University, at the end of March 2020, more than six out of ten (61.2%) immigrants held in ICE's civil detention centers have never been convicted of a crime.

Team Brownsville's volunteers also assist migrants to better understand their bus changes by explaining the routes and making detailed maps showing them where they're going. Their presence at the bus station and their help to asylum-seekers is crucial following the perilous journey in which they risk subjecting themselves to rape, human trafficking, and even losing their lives. On average, they welcome about 120 migrants into the United States daily.

For Sergio, the work Team Brownsville does is very personal. As the son of an immigrant, he considers himself highly privileged for having been born in the United States. "I am extremely lucky that I was born on this side," he concludes. "I could be one of those people in the caravans. We are all human, and we all have the same needs. We all feel hunger and pain, and suffering. Where you were born shouldn't define us. What if I had been born in another country? Would someone be there for me if I was running for my life? Would someone be there if I was hungry and trying to save my child? What if the shoes were on somebody else's feet? What if we were the ones that needed it? This is why we do this."

If you'd like to learn more about Team Brownsville and the ways in which you can support them, you can visit their webpage at www.teambrownsville.org. 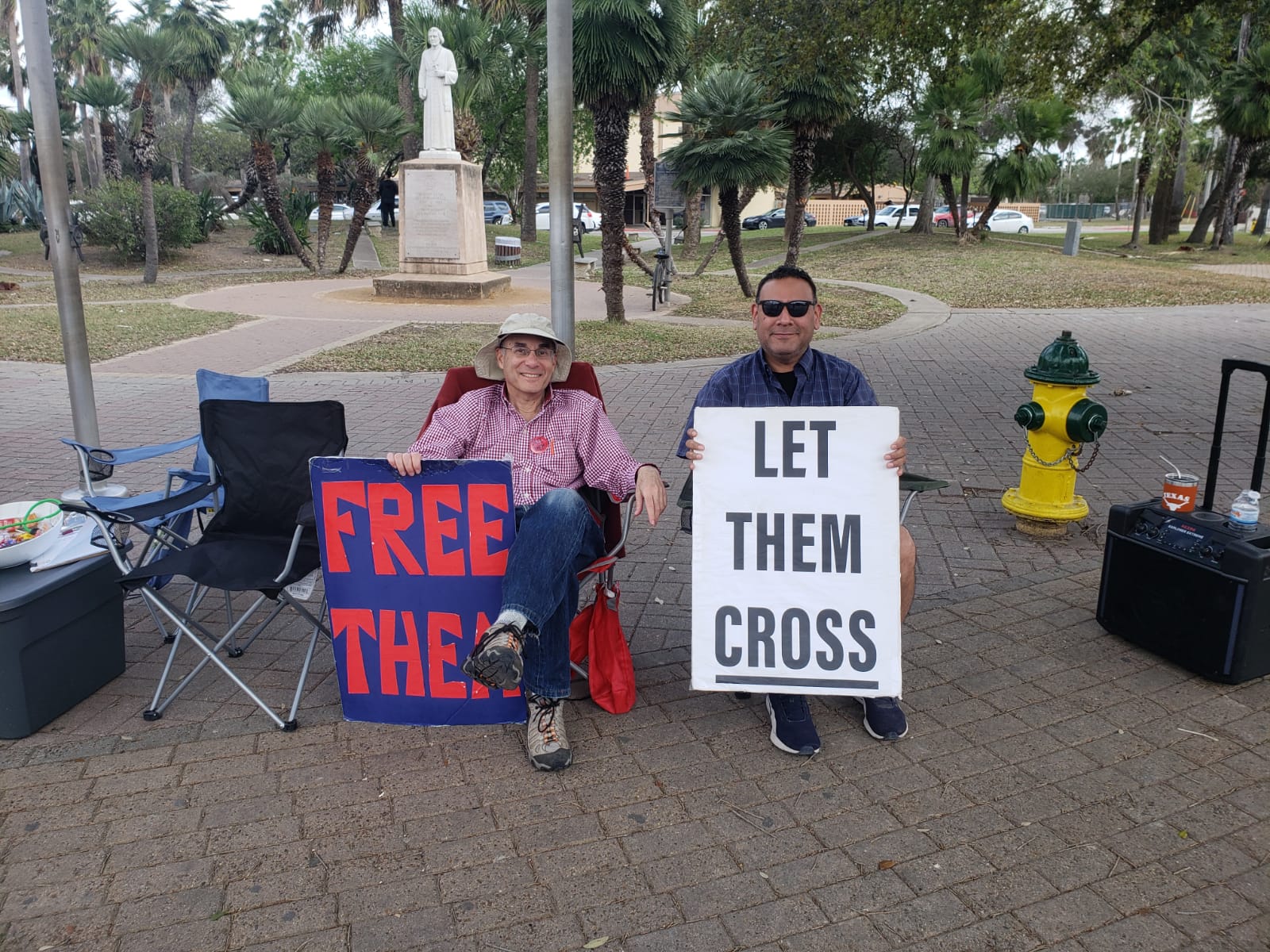 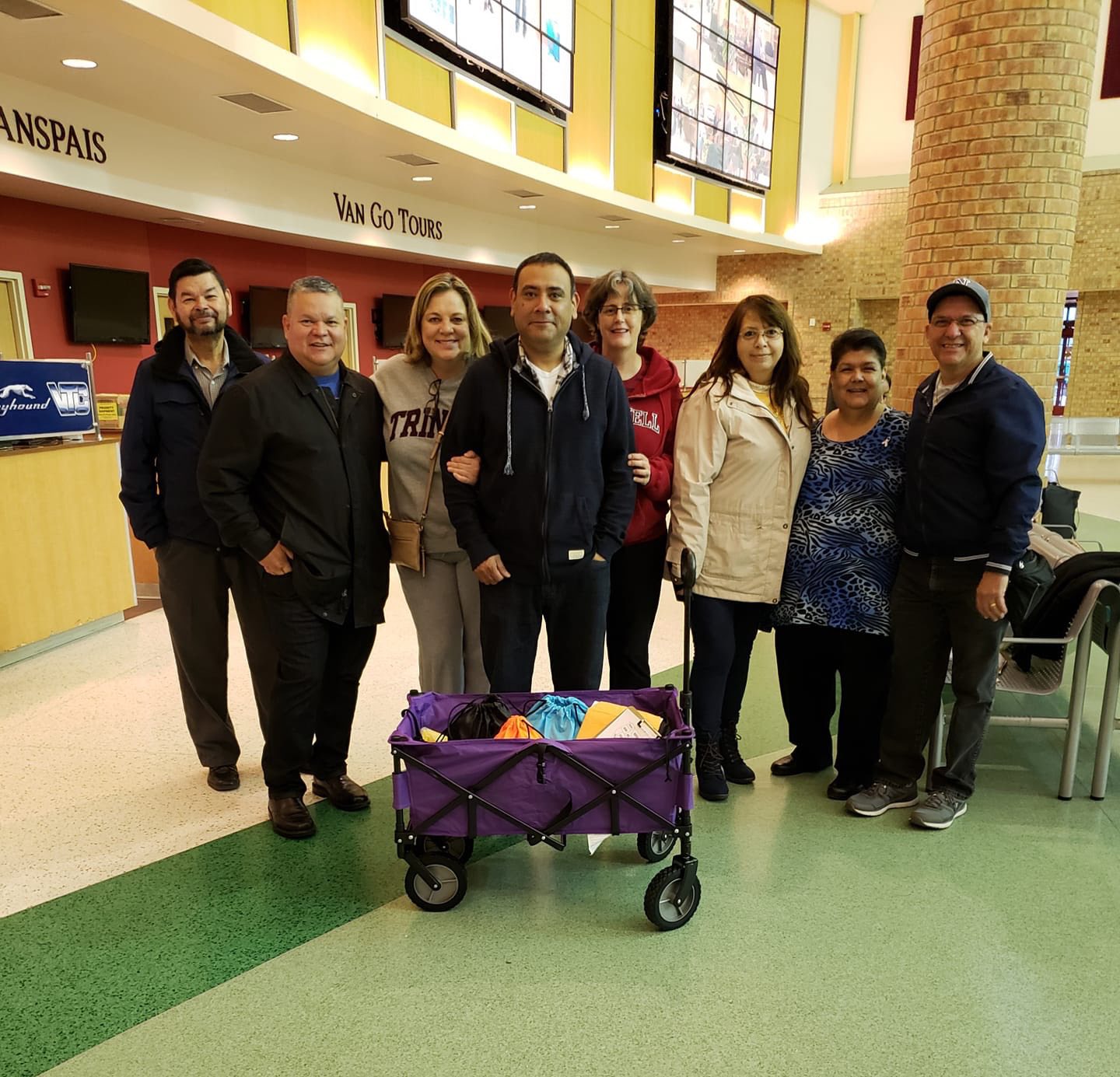 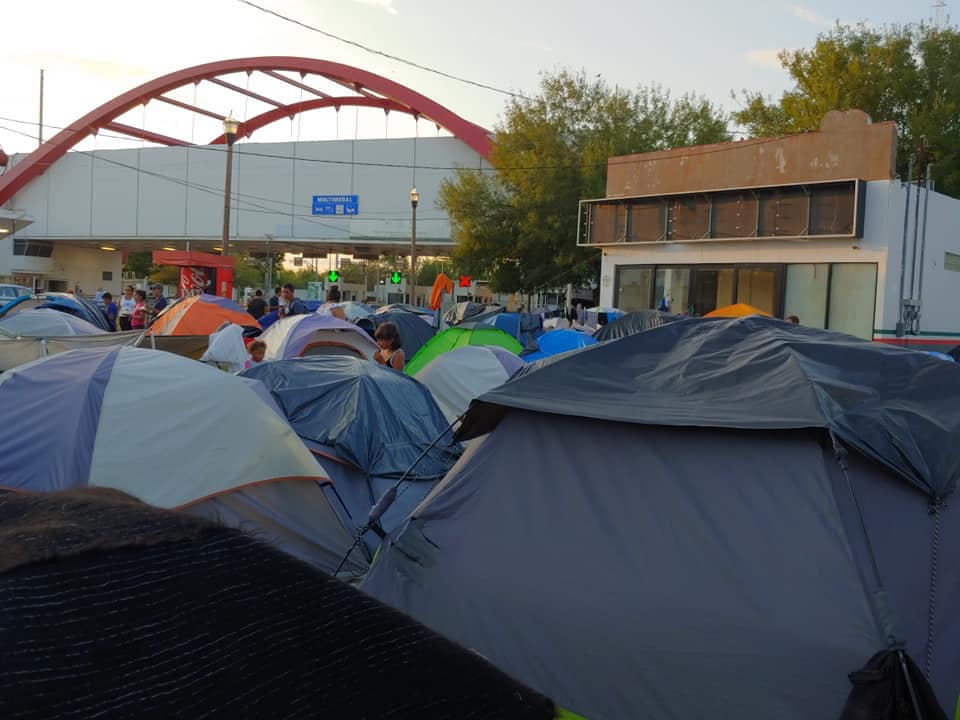 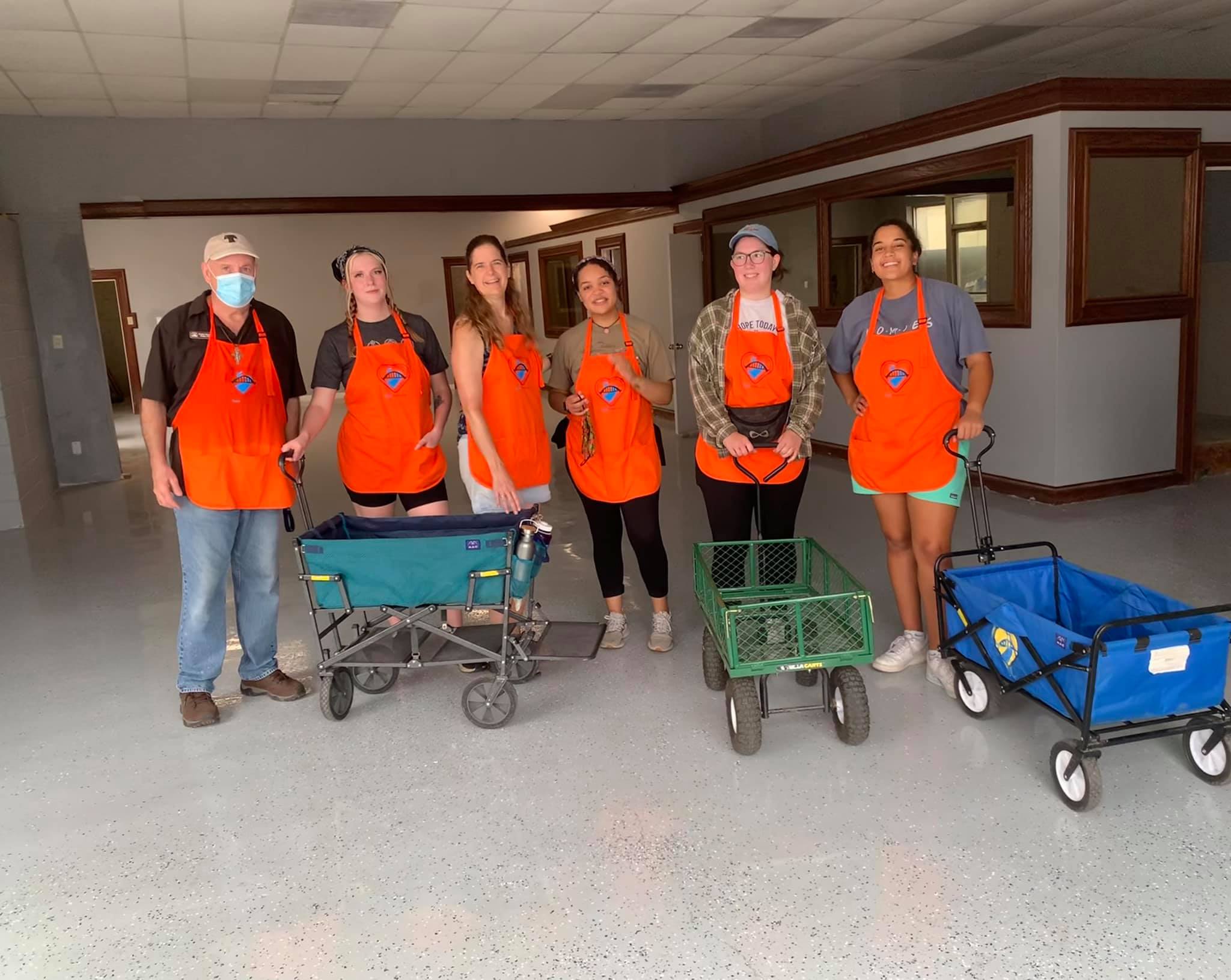 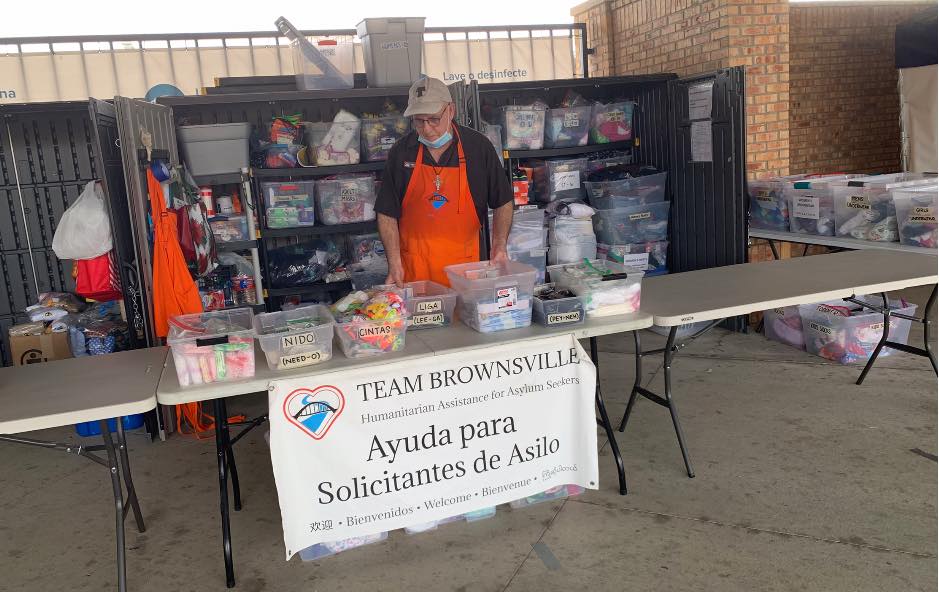 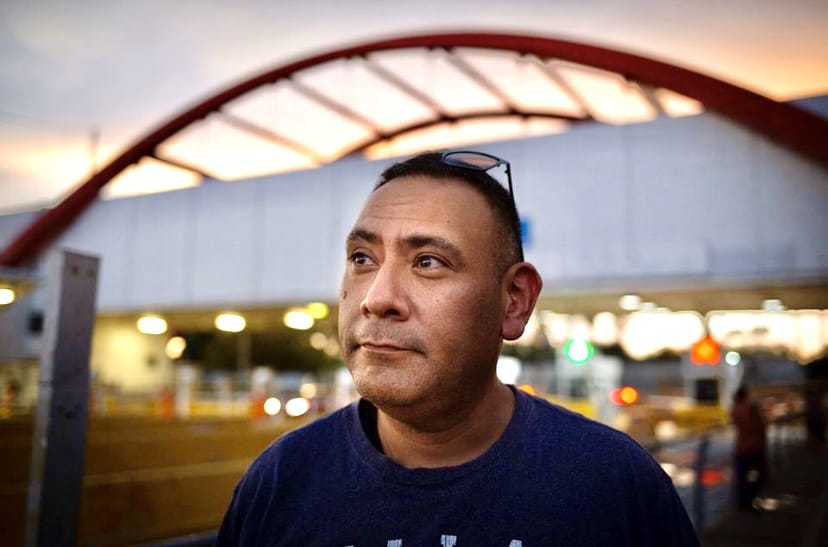